“Braida” pioneered barrique-ageing and bottling, to create the idea of fine Barbera

In the village of Rocchetta Tanaro, just South-east of Asti in the Monferrato, the late Giacomo Bologna, having inherited vineyards from his father, established the winery that still bears his name, and began to make the wines that are sold under the “Braida” brand (strictly, with quotation marks, which are officially in the brand name). ‘Braida’ was his father’s nickname.

In 2017, with time only to visit one winery in the area, en route to Gattinara, Braida was the one to go to. Not just because David Way had given me a bottle of their top Barbera wine Ai Suma, from the 1998 vintage, that had aged gracefully, but also because Giacomo Bologna was a pioneer for what has become the most highly regarded place for Barbera – Asti and the Monferrato.

Bologna’s big step was to bottle Barbera, as opposed to selling the wine in bulk or making it for their own consumption, as were the practices of the time. Barbera was widely planted in the region, but made in a high-yielding, low-quality, easy-drinking style. Following a scandal involving the addition of methanol to Barbera wine, Bologna changed tack completely and began bottling Barbera wines in 1961.

By the 1980s, Braida had introduced bottlings of their top single vineyards for Barbera, Bricco dell’Uccelone and Bricco della Bigotta – the 2004 of which was actually the first Braida wine I ever drank. These crus were joined by Ai Suma, a bottling of a blend of these two vineyards in the best years.

Bologna took this direction having studied winemaking in France and California. There he learned how to use barriques for maturation and the addition of flavours. He believed that Barbera had an affinity for barriques, and brought his knowledge back to Monferrato, to apply it to the variety, to give both complexity and appeal, as well as tannic structure.

This foresight arguably ‘made’ the Barbera d’Asti category, so Giacomo Bologna’s influence on the direction of the region as a whole should not be underestimated. Giacomo sadly died young, leaving his wife Anna to take control of the estate. She oversaw the construction of a new winery, cellar and offices, alongside growing their owned vineyards from 1Ha to 7Ha.

Vineyard expansion included the progressive, parcel-by-parcel acquisition of a single hill, Montebruna. Giacomo had always coveted the cru, but it was owned by many small farmers, so it took until 2001 for Braida finally to own the entire hill. It is now made as their 3rd single-cru wine.

Today, under the leadership of their children, Beppe and Rafaella, production covers 650,000 bottles in total, of which 100,000 are the 3 cru bottlings. They have expanded the number of labels to 13, with early-drinking white and red wines, and using other varieties including some that are being rediscovered in the region, like Nascetta and Grignolino.

White wines are vinified in a separate winery at Trezzo Tinella, Serra dei Fiori. We focused on the red winemaking process at the Rocchetta Tanaro winery.

Vineyard selections of the grapes are first made, then on grape receipt at the winery, machine grading of each batch is done at the weighstation. A swing-arm mounted machine is used to take a core sample of grapes from each truckload, to perform automated sample testing. Final selection is then done at the sorting table, down to berry level.

Grapes are 100% destemmed for all cuvées, then put through a large, low-crushing crusher, to leave some whole berries and lightly-crushed fruit. Fermentation is in stainless steel with temperature control. 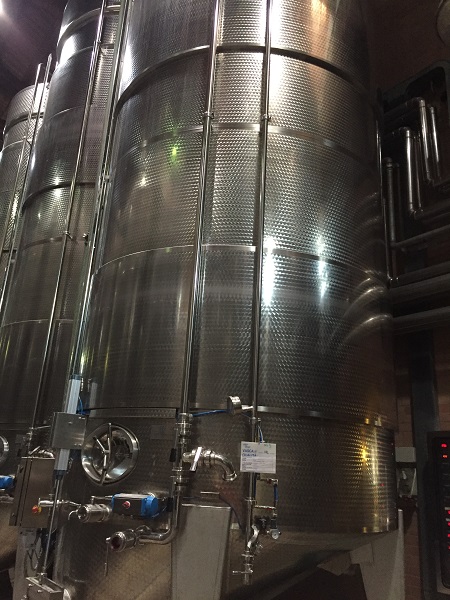 For early-drinking wines like their Grigniolino, which is ready for sale in the March after vintage, shorter vinifications are done in smaller tanks, with pumpovers. For later-maturing wines, longer vinification in tanks of up to 400HL is done, including using auto-vinification with fermentation CO2 driving extraction. For both styles, the wines are pressed horizontally.

Today, any wood maturation takes place in a mix of barriques and 21 large oak botti. Giacomo disliked the traditional chestnut botti so much, that he had a party in the 1960s and ceremoniously burned all of them. However, Beppe and Rafaella have reintroduced them, albeit with French oak rather than chestnut, to bring back some traditional style to the wines and tune-down the new oak influence.

All barriques are made by Gamba, using Tronçais, Allier and Limousin oak and are used for a maximum of 3 times before replacement. Unusually, given that heat rises, these are housed on upper floors of the winery – to avoid flood risks from the nearby Tanaro river. This houses a substantial 1,000 barriques, the topping-up of which uses 100L of wine every 10 days.

Bricco dell’ Uccellone ages for 12 months in equal proportions of 1st, 2nd and 3rd use barriques, and up to 18 months for Bricco della Bigotta. As explained, Ai Suma is a blend of both Bricco vineyards, in the best years, and is matured in 100% new oak. 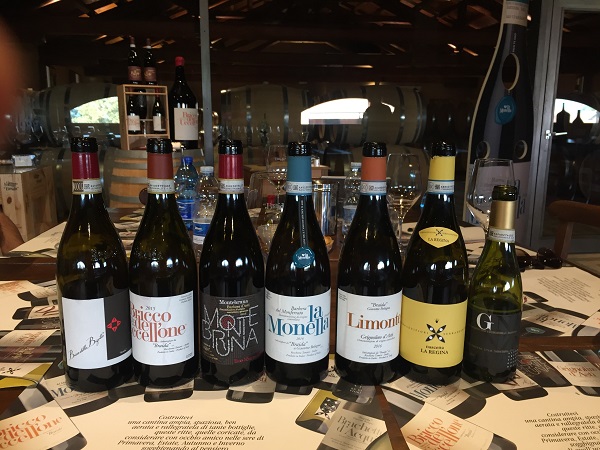 The line-up of Braida wines represented the spread they make

In the winery, we tasted a broad selection from across their range, including all 3 single vineyard Barberas, in the order below. Both Bricco dell’Uccellone 2015 and Bricco della Bigotta 2015 showed their class, and Montebruna 2015 was pretty good too. I then bought a bottle of Bricco della Bigotta 2006 at their shop, and opened it several months later to look at ageworthiness.

In that particular case, it had gone a bit heavy and meaty and lost some elegance. I wonder whether that reflected a period common to Barbera d’Asti, of looking for bigger and bigger styles, that producers have pulled back from in recent years, as discussed at the Barbera d’Asti masterclass in Nizza. Perhaps these newest vintages will fare better? 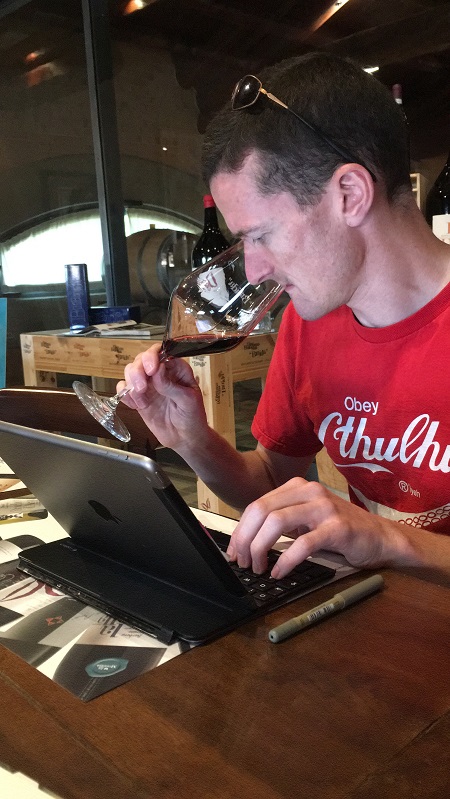