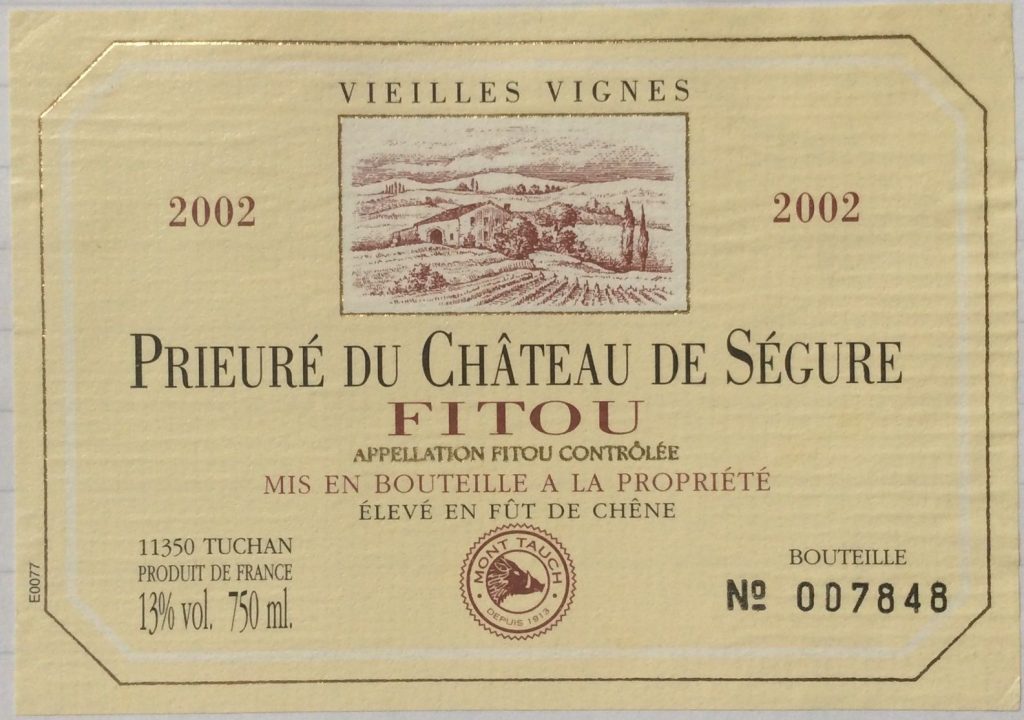 After comparing the Pennautier with Château Hauterive le Haut, Roger suggested this as a better VFM wine, but with the weight of the Pennautier. Unsurprising, as this is from the good Mont Tauch co-op in Fitou, and has 1 star in the Guide Hachette. Nevertheless, the difference between the 1- and 3-star wines was in evidence. This didn’t change the poor VFM judgement on Pennautier, however. Deep garnet core. Distinct aromas of plums, with toasty oak notes. Good flavour, particularly in the mid-palate, with good plummy notes, but shorter. Not bad overall, but the Hauterive won this 3-way contest