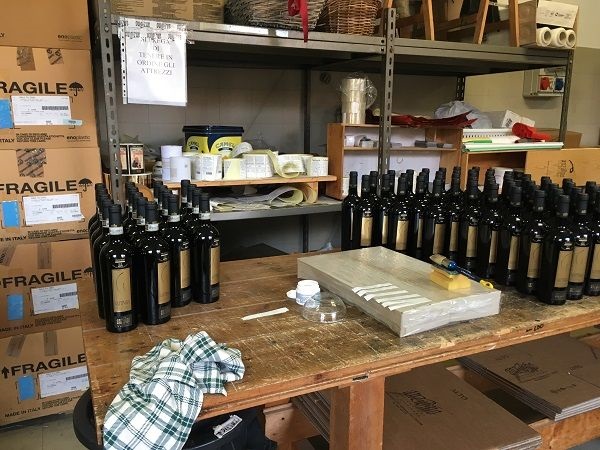 Anzivino was founded in 1998 by entrepreneur Enzo Anzivino, when he acquired an old grappa distillery site. He renovated it, built a new winery and cellar, along with offices, and ultimately added a series of B&B rooms. We stayed there in 2017 for the simple expedient of needing somewhere for a night in Gattinara, and it being a winery! 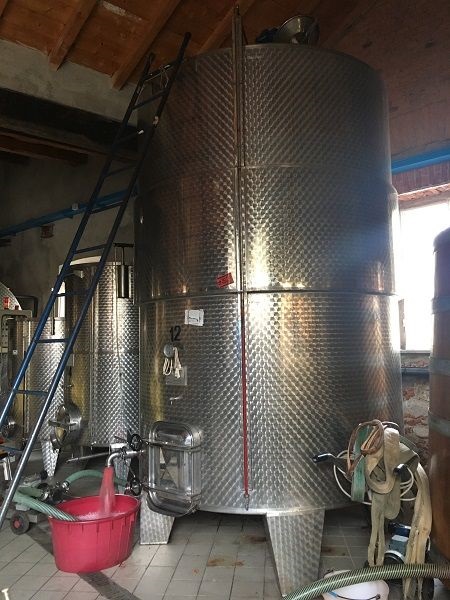 Early-drinking wines are stainless-steel vinified, with top wines in the tronconic oak vat on the right

The Gattinara is aged in large botti for 3 years, with a Riserva in good vintages, aged for 4 years. Older barriques and tonneaux are used for other wines. The Gattinara wines spend a minimum of a year in bottle, but they label to order, so may be held longer, depending on demand.

We saw a fair amount of older wines kicking around, meaning ex-cellar, matured Nebbiolos are available – like the Anzivino Gattinara Riserva 2009 that was the best we tasted, and just €22 a bottle, as well as their straight Anzivino Gattinara 2010, which was pretty good too. I bought a bottle of the Riserva, which drank very well the following year. 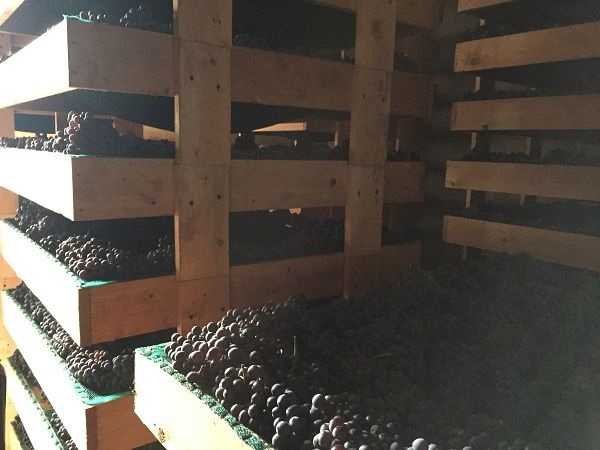 Anzivino also experiment. In particular, they select some Nebbiolo fruit to put aside to dry in the winery for 60 days, making an Amarone-style dry wine in December, which must be labelled as a Nebbiolo DOC. With some Erbaluce that they make in a non-sulfited style as well as conventionally, plus some vines in Bramattera, their full range is:

They were in process of developing a no-SO2 Nebbiolo, and in general only use SO2 during winemaking – driven partly by popularity in the Danish market. The Maulet Erbaluce 2016 was interesting rather than good, and not really to my tastes, but was at least complex.