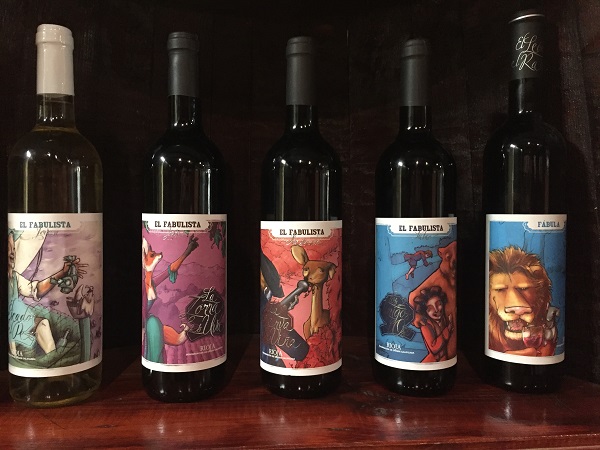 El Fabulista wines are all named and labelled after famous stories

Named after local story writer, Felíx María Samaniego, it is one of only 2 bodegas still inside the walls of the attractive hilltop town of Laguardia in Rioja Alavesa – effectively the capital of the Alavesa region – where once 300 bodegas made wine. 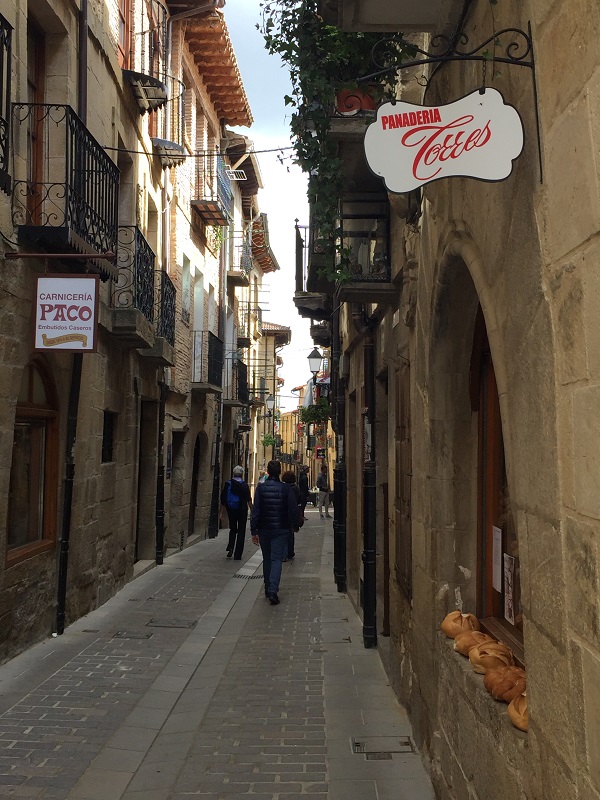 The narrow streets of Laguardia are not conducive to wine production

There are many bodegas around Laguardia – almost literally ‘skirting’ the town, at the foot of the hill, such as Izadi and ex-Rioja Artadi – but virtually none in Laguardia. El Fabulista is the only bodega still making all its wine within the walls, in 4 of the many defensive catacomb galleries dug beneath the mainly-pedestrianised streets.

So how do they do it? Well, idiosyncratically is the short answer.

El Fabulista have 7Ha producing around 50t grapes a year (c. 7t / Ha) and do not buy grapes in. 2016 yielded 32,000L or 42,000 bottles. All the vineyards are around the city and are 95% planted to Tempranillo, with a small volume of Garnacha and Mazuelo, and Viura and Malvasía, as both bush vines and espaldera cordon. Grapes are hand harvested and trucked back to Laguardia.

So far, so normal. 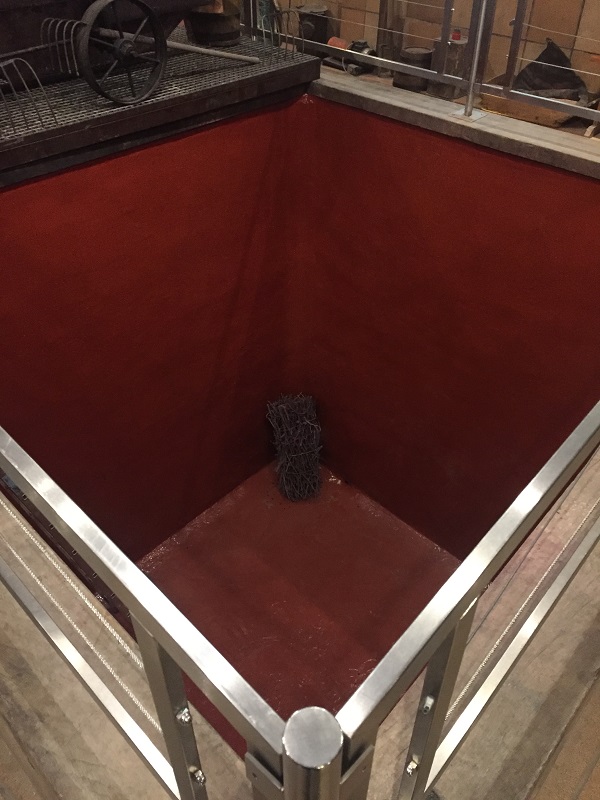 Whole bunches are then tipped into a single epoxy-lined concrete vat dug into the ground with a 23t capacity – so two fermentations are done each harvest. All red varieties are co-fermented, but Viura and Malvasía are held separate to make a conventional white without skin-contact.

Whole bunch fermentation is used to retain the traditional regional style of carbonic maceration. The whole tank is pumped over twice a day to control the fermentation process and monitor sugar levels.

Now things get really different. Each tank-full of grapes produces 3 wines in sequence:

The 3 wines then drain down into concrete tanks in the first of 4 subterranean galleries. All 3 wines undergo MLF in these tanks, built in 1935. After MLF, 4 final blends are created using different proportions of the 3 wines: 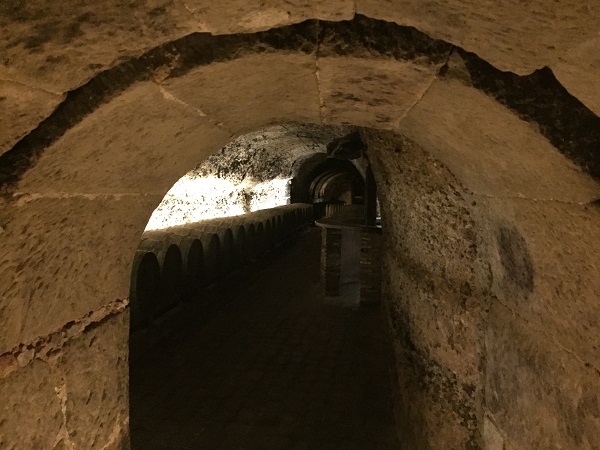 Each wine is then named after a famous fable or story, with a vividly-coloured label to match as the above picture clearly shows.

What is even more remarkable about the bodega is their commercial strategy. 10 years before, they realised that they couldn’t compete on price, so stopped selling in shops entirely. For the last 9 years they have sold all 40,000+ bottles production through the bodega.

By building up to 25,000 visitors a year. Given that the tour we joined was in Spanish only (Ruth finally persuaded our guide, César Samaniego, to let her translate for 2 American and 2 British tourists, so they could join the tour at all) and cost €7, this is an impressive achievement. 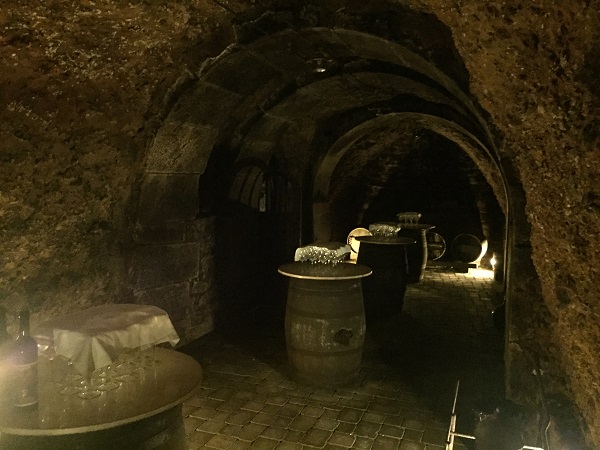 Tour visitors taste in the 4th and final underground gallery

The wines? Well we tasted only the first 2, the Joven and Semi-crianza, but they were pretty decent as entry-level wines go. We bought a bottle of the Reserva to see what the top end looks like and that will be added when it’s been drunk.