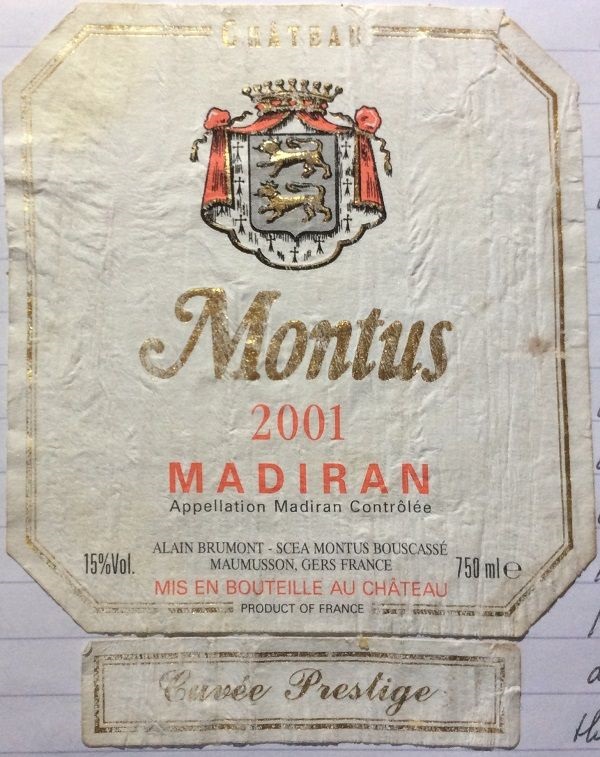 Picked up in a deli-cum-wine shop at the junction in central Luz-Saint-Sauveur where one fork heads up the Tourmalet, and the other up Luz-Ardiden. I was looking for some local wines, and this was a bit of a treasure trove – including older vintages of both Montus and Bouscassé top Madirans. So I went for a small selection, including this 10 year old – opened 2 weeks later at Martin Gill’s 40th. And how young (and great) this still was! Saturated ruby-black core with a narrow, ruby rim. Medium+ intensity, changing, complex nose: first oak spice, smoke, plum and liquorice, then broadens and lightens into fresh leather, blackberry, and above all, fresh, black tea-leaf notes. Full-bodied, concentrated, but like velvet. Tannins at perfect maturity in the background, but giving plenty of backbone. Alcohol not obvious. Meaty, smoky, blackberry & herb flavours, with spicy notes. Great, especially with a BBQ. Superb.