Panorama of Piemonte taken from La Morra in Barolo

The exceptional food, the incredible wine and the rolling hills of Tuscany… the image that is often conjured up by someone talking about an Italian holiday.

Yet, it is Piemonte in the north of Italy, that fits that bill every bit as powerfully as Toscana. And in wine terms, I might say exceeds its southern brethren. As Sangiovese reigns in central Italy, it is Nebbiolo that is king in the North (and winter does properly come here!). Indeed, Barolo, its most famous incarnation, is referred to as the “wine of kings and king of wines”.

Nebbiolo produces wines of power, wines of grace and wines of contemplative complexity. They are often challenging because of the tannic structure that the grape gives, yet can give depth and an ethereal quality commonly only found in Pinot Noir. Pinotphiles often gravitate to Nebbiolo, it is said.

Barolo and smaller but no less relevant Barbaresco sit in the Langhe region, around the gastronomic centre of Alba (think white truffles, hazelnuts and 3-star Michelin dining) – Barolo to the south and south east and Barbaresco to the east and north east. 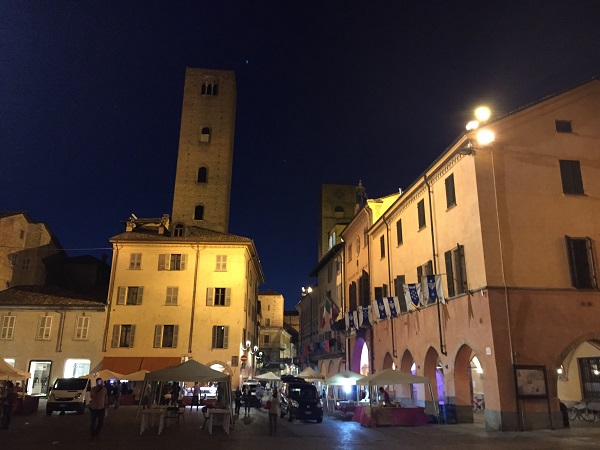 Central square in Alba at the heart of the Langhe 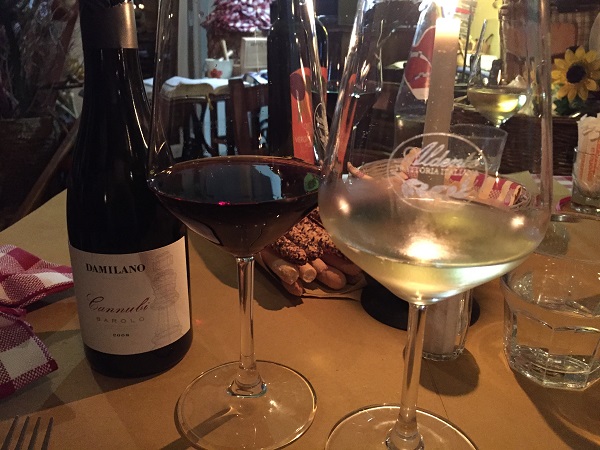 It is impossible to dine badly in Alba

These folded hills are steeper and more dramatic than Tuscany and present a myriad of aspects, inclines, exposures and altitudes that create a mosaic of mesoclimates. Added to that a varying blend of more-or-less calcareous clays (giving more powerfully-tannic expressions) and sandy soils (giving more elegance) and the patchwork quilt of the Langhe produces a wide range of styles of Nebbiolo.

Oh, and there’s the obvious variation in winemaking. Since the advent of Angelo Gaja’s ‘modernising’ practices in the 1960s and 1970s, the region has been through tensions of traditional and modern. These days it seems to be in a post-modern age with a blend of practices that could be pointed at as traditional and modern. The pendulum seems to be coming back to a happy medium.

In particular, the length of post-fermentation maceration on Nebbiolo’s skins, to manage levels and texture of tannins (long 30+ days = ‘traditional’; short <20 days = ‘modern’), and the use of oak barrels (old, large 1,500-7,000L botti, often from Slavonian oak = ‘traditional’; new 225L barriques or larger 500L tonneaux = ‘modern’). ‘Modernists’ have also looked for later harvesting and ripeness. Either way, these dimensions add to the complexity of the region as well as its interest.

First, there are the red varieties of Barbera and Dolcetto that make up the bulk of red wine production in the area. Plus there are whites (re)-emerging including Arneis, Erbaluce and the fascinating Nascetta, alongside the workhorse Cortese (AKA Gavi).

Then we need to consider the other regions of Piemonte. Around Alba, on the other side of the Tanaro river from the Langhe (including Barolo and Barbaresco) there are the hills of Roero.

To the south of Barolo is the Alta Langa, not to be confused with Alto Piemonte which is the zone 100-odd km north and north-west of Alba, in the Alpine foothills.

Alto Piemonte includes the long-established, but almost forgotten, Nebbiolo DOCG pair of Gattinara and Ghemme, facing each other on the opposite sides of the Sesia river, where Nebbiolo was once called Spanna. There is a plethora of others that also base themselves on Nebbiolo such as Carema, Boca, Bramaterra and Costa della Sesia.