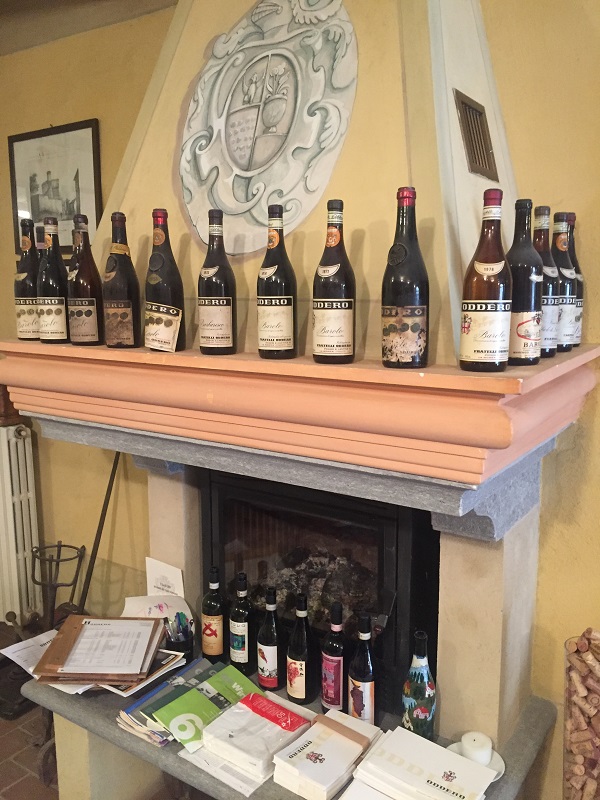 The classical labels of Oddero reflect the style of wines

On David Way’s recommendation and introduction, we began our visit to Piemonte at Oddero. The winery is in the small village of Santa Maria, just under the hilltop town of La Morra and their 35Ha of vines are mainly in this commune. 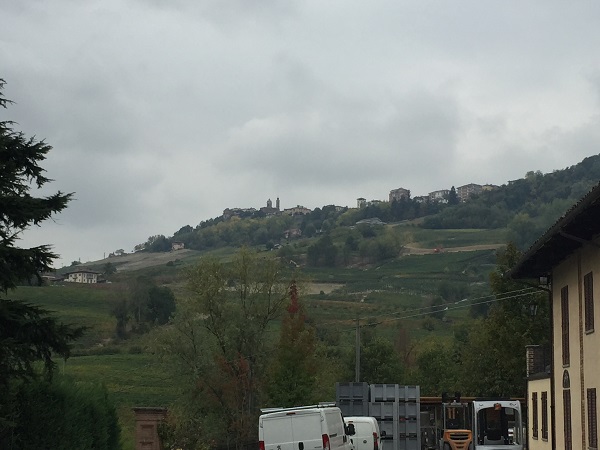 From estate fruit only, Oddero produce a blended Barolo, as well as 5 cru Barolo bottlings, plus a single cru Barbaresco. They began cru bottlings in 1982.

Other wines include Moscato Bianco (Muscat Blanc a Petits Grains) for Moscato d’Asti, Barbera and Dolcetto, and unusually Riesling and Chardonnay. The latter are used together in a very unusual blend.

Their Barolo is classically made, with fermentation in stainless steel followed by a 30 day maceration on skins. The blended Barolo spends 2.5 years in botti then 6-9 months in barrel. The crus spend 6-9 months longer in botti. 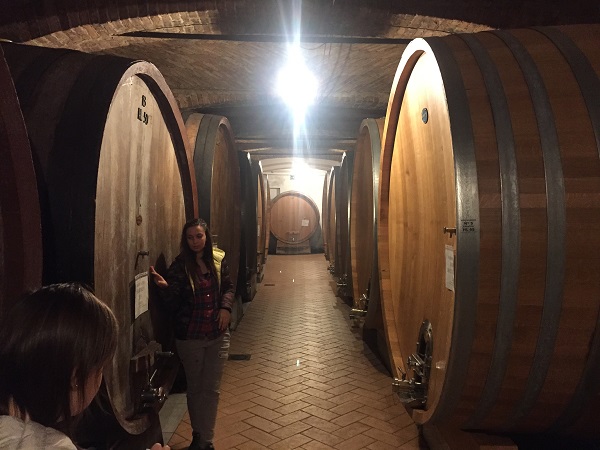 In Oddero’s barrel cellar with their large botti

Their top cru, Vignarionda, is made into a Riserva and is aged for a far longer period. It spends 4 years in botti before 6 years in bottle pre-release, as a 10 year old Riserva. The cru produces powerfully-tannic wines, to if it is released as a standard 5 year old Riserva it is simply too young on release. This wine was first released in the good 2006 vintage and they have had to buy extra botti and to extend the cellar in order to hold the wine for this length of time. 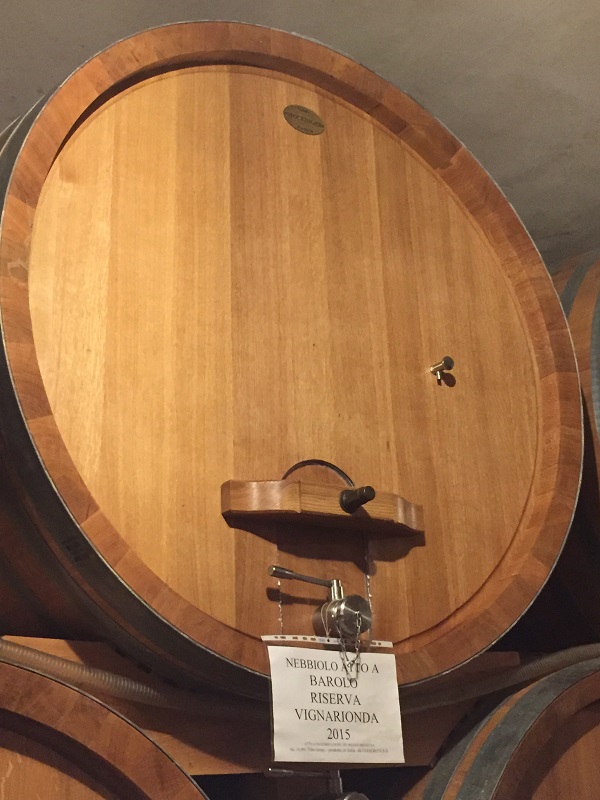 The 2015 Vignarionda Riserva going for its extra-long ageing

60% Riesling, 40% Chardonnay. Originally this was a pure Chardonnay, but they felt it was too simple and wanted a white wine with more challenge to it, like Barolo. Hence the addition of Riesling, which is now from 20-year old vines. A curious and interesting blend, which is trying to be a serious wine, but the Riesling and Chardonnay don’t quite seem to blend (yet).

A: Pale-medium lemon
N: Mandarin and yellow peach – a curious, but pleasant, blend of terpene-citrus from the Riesling and some stone fruit richness from the Chardonnay. Hint of kerosene TDN
P: Phenolic entry (skin contact at fermentation for both Chardonnay and Riesling), steely Riesling acidity with lime notes, supported by Chardonnay white peach. Tight. TDN thread which stands out a bit. Not quite integrated flavours.

Oddero Langhe Nebbiolo 2015 (15.5+ / 20)
Vineyard chosen for Langhe Nebbiolo is actually in the Barolo region, but vines are younger, so declassified to Langhe Nebbiolo
A: Pale ruby with some hints of garnet
N: Rose petals and scented red cherry. Fruity. Some background nuttiness. Chalky minerality. Relatively simple
P: Red cherry, flinty mineral, some salinity on the mid-palate. Medium-high, distinctly chalky tannins – very Nebbiolo, but a little less refined than expected. Moderate length. Fruity but not sure whether this has the right tannins

Oddero Barolo Bussia Riserva 2009 (17 / 20)
2009 slightly warmer than 2013, for example, but not as hot as 2011
A: Pale brick
N: Complex, savoury entry. Touch of tomato leaf, but after that, some roast meat, clay-earth, some slightly grilled fruit. Hint of VA, but that works. Dried cherry
P: Ripe, sour cherry. Earth spice. Opens and integrates in the glass. Clay-earth tones. Some spice. Fine, moderately-high tannins. Long. Fine

Oddero Moscato d’Asti 2016 (16.5 / 20)
A: Pale lemon, with a gentle fizz
N: Bumptious aromatics of ripe grapes and orange blossom. Honeyed ‘weight’ to the nose. Ripeness. Some sherbet character
P: Sweet, but beautifully refreshing grape flavour. Fairly-long scented finish. Delicate. Not the greatest ever, but a fine example of the style