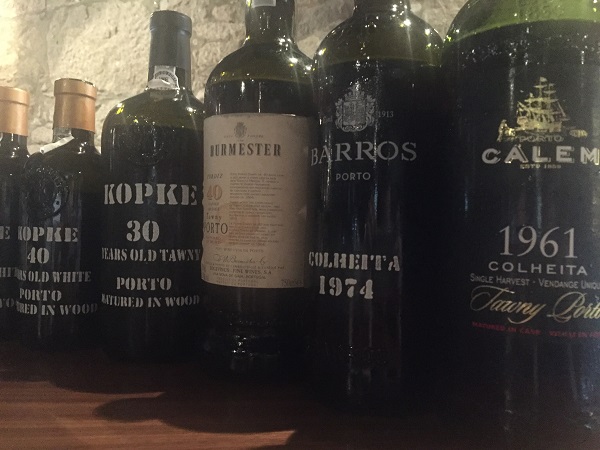 Sogevinus is the Portuguese firm that has a portfolio of 4 major Port houses: Kopke, Cálem, Burmester and Barros. Kopke is the oldest established Port house: 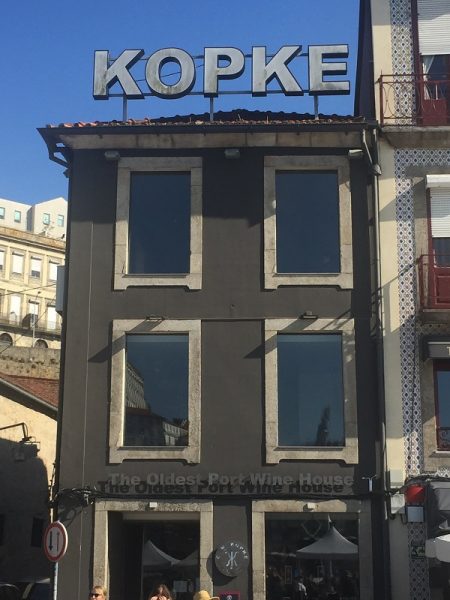 Kopke is the oldest Port house in Gaia

Next door in Vila Nova de Gaia, closest to Eiffel’s dramatic bridge over the Douro is Cálem. Further up the hill are the lodges of Burmester and Barros. 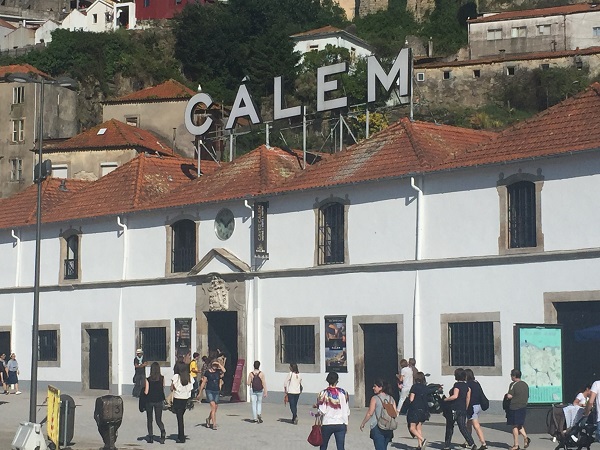 Calem Lodge on the waterfront in Vila Nova de Gaia

The first Vintage Port I knowingly drank was one from Porto Barros. The first of these 4 houses I really got to know in depth was Kopke, whose wood-aged White Ports are a standard-bearer for the category and whose aged Tawnies and Colheitas are enviable. I tasted Burmester’s 1952 Colheita at London Wine Fair where it was quite rightly being shown as a best-in-show from the International Wine Challenge.

Apart from Porto Barros, which houses the group’s offices and bottling facilities, all lodges are open to visitors, but it is the Cálem lodge that Sogevinus have invested in creating a multi-media visitor centre that goes a long way to explaining the complexities of the Douro, of Port production and of the different styles of Port in a clear, simple and visual way. When in Porto, I arranged a visit and tasting of the Sogevinus range, which we did at Cálem.

A simple communication of Port is hugely important for the category and the efforts made at Cálem merit specific comment. Not only that, but the lodge receives a staggering 275,000 visitors per year, meaning it is reaching the kind of scale required to build the profile of Port.

The visit starts with an eye-catching 3D contoured map of the Douro region, onto which a sequence of graphics are cleverly projected, to explain the demarcation, rainfall, temperature variations, locations of quintas and so on. Smart and simple: 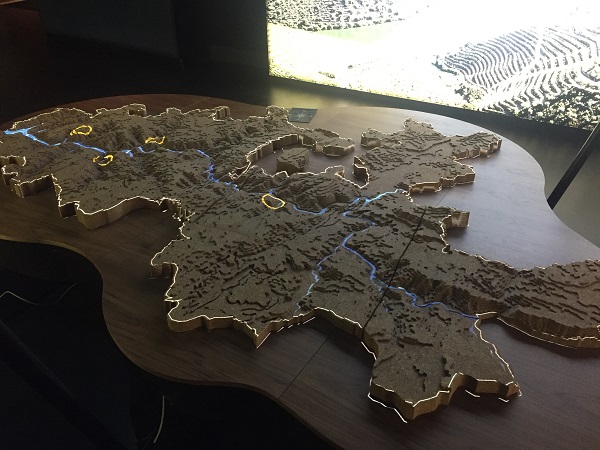 Contoured map of the Douro onto which different elements are projected, like rivers and quintas

Following stations cover the production process in diagrammatic forms, as well as explaining the nature of the fractured schist that is the basis of the Douro, in a truly tangible way: 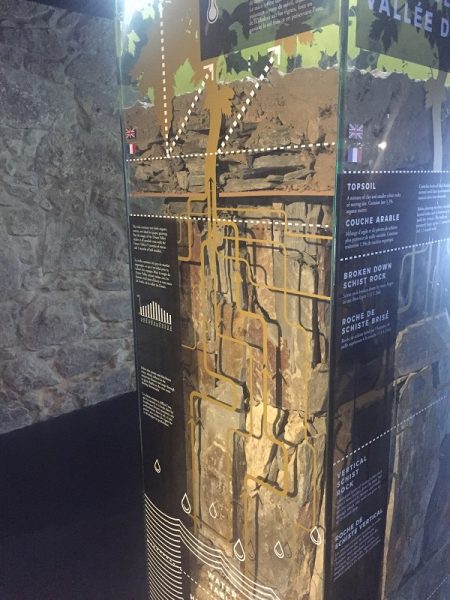 Showing Douro fractured schist and how vines adapt to growing there

What was particularly impressive was then going on to explain to consumers what different styles of Port exist, and what they can expect to find in the glass from these different styles. That included illuminated stations to show the different types of colour and an aroma station showing around 20 different aromatic characteristics like orange or chocolate – which were authentic and clear, by my nose!

That section began with a very useful diagram, which some MW students and MWs should probably review (note: Ruby Port does not only refer to entry level Ruby, but rather is a broad style category of which Vintage Port, LBV and Reserve Ruby are sub-categories): 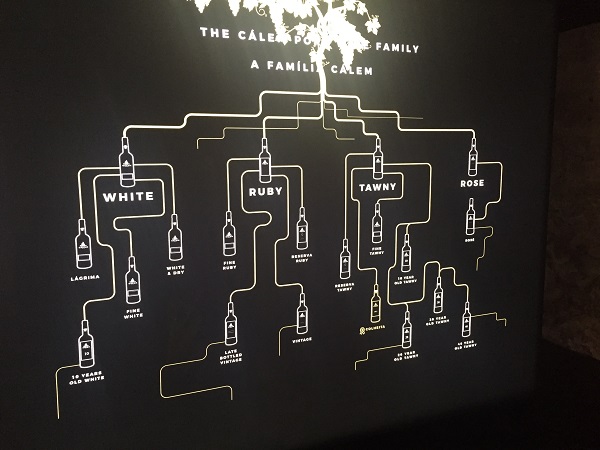 There is finally a 5 minute, 5D movie (3D video, audio and sensory) showing the region.

All of this adds up to a suite of engaging ways to explain a complex product to consumers. Port wines are diverse which is good. But diversity has complexity as its flip-side, which leads to consumer confusion and stunting of growth. Laying the category out simply and clearly must be a key component of promoting Port wines, and Sogevinus should be congratulated for their work at Cálem.

This really showed the range and quality of Sogevinus’ Ports, as well as giving some insight into house styles. In summary:

The tasting notes below are a consolidation of the tastings at this visit in the order of each flight, supplemented with notes extracted from ProWein, the BFT, London Wine Fair, and from a series of 2016 Vintage Port samples Sogevinus subsequently sent me for re-tasting.

As an aside, it’s interesting as a taster to go back and look at how consistent you are at tasting the same wine on different occasions. As Jamie Goode has written recently, consistency matters. On the whole, I’m pleased that I generally score the same wines closely – within 0.5 / 20. However, there are a couple of discrepancies, most notably Kopke 10 year old White at 15.5, 16 and 17.5. So although I think I’m pretty good here, obviously there’s more practice needed (I can only guess that tasting the 10 for the first time in ProWein was enough of an eye-opener to make a bigger impact on me than perhaps it should have; 16 / 20 is about right for this wine). 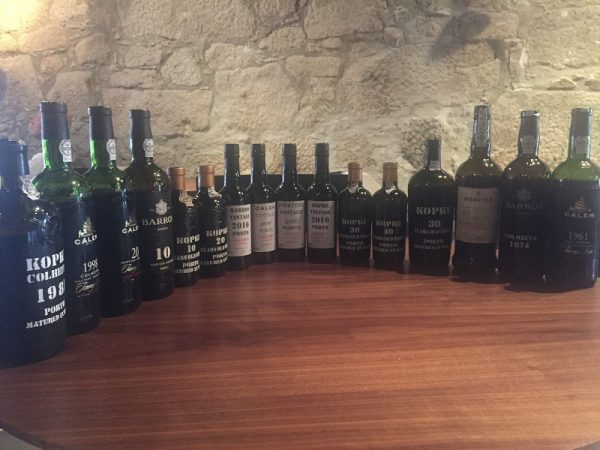