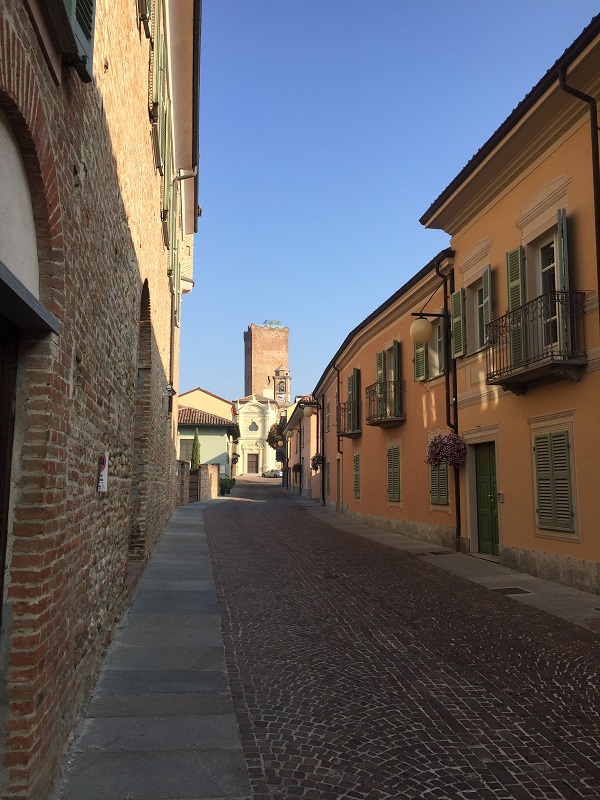 Barbaresco is the ‘other B’ at the heart of Nebbiolo country. Normally “…and Barbaresco”; normally the one most know of, but don’t quite get around to buying or drinking. The little sister of Barolo. Unless they’re buying Gaja. Although they may not actually be drinking those wines.

Both of which situations are pities, since the Barbareschi I have bought and drunk, and those we tasted in the region, demonstrate fine quality wines with finesse. Gaja’s wines, too, are very fine indeed and merit drinking, not just collecting.

This notion of finesse, or elegance – often expressed as femininity to Barolo’s powerful masculinity – does seem to hold true. A combination of sandier soils on average… 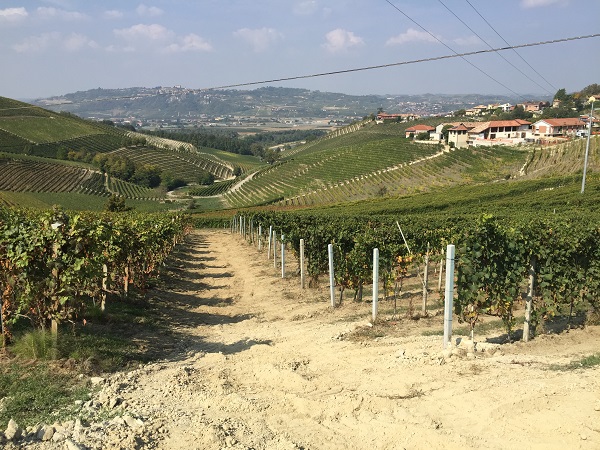 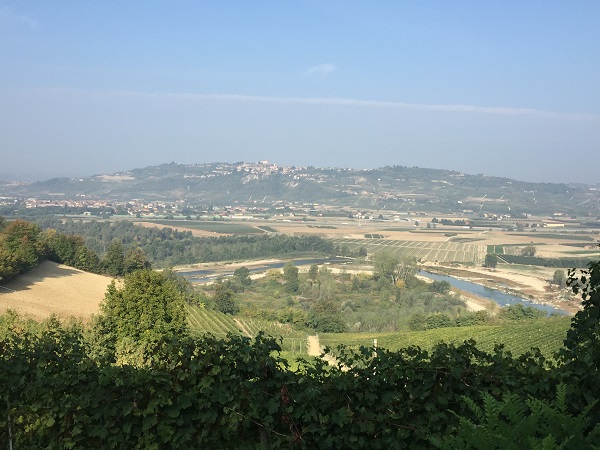 This broadly warmer climate certainly leads to earlier harvests. When we visited, the 2017 harvest across much of Europe was early by 2-3 weeks. For late-ripening Nebbiolo, it was even earlier in Barbaresco than in Barolo. The last Nebbiolo at Marchesi di Grésy was harvested the weekend before we visited – around the 23rd of September – whereas the Barolo Nebbiolo fruit was mainly still on the vine and only beginning to come in.

As a region, there are 2 organisations that have been key to holding or to elevating the status of Barbaresco. Gaja is clearly one, with Angelo Gaja’s drive to modernise viticulture and winemaking from the late 1960s resulting in creation of an iconic, Globally-recognised, fine wine brand with wines retailing comfortably in 3 figures. Our visit there confirmed the quality of the wines and dedication that the Gaja family have to raising the bar.

The other is the local co-op – the Produttori del Barbaresco. The Produttori are 100% on my list of Good Co-ops. At their worst, co-operative producers simply service the needs of their members to take grapes produced, with a volume-only focus and little by way of quality. At their best – as in the case of the Produttori, or the likes of Domäne Wachau in Austria – a quality-orientated co-op can fly the flag for their region and drive up standards. This is particularly the case when the members own something like a fifth or a quarter of the DOCG vineyard area, with a significant impact on the region’s reputation, good or bad. 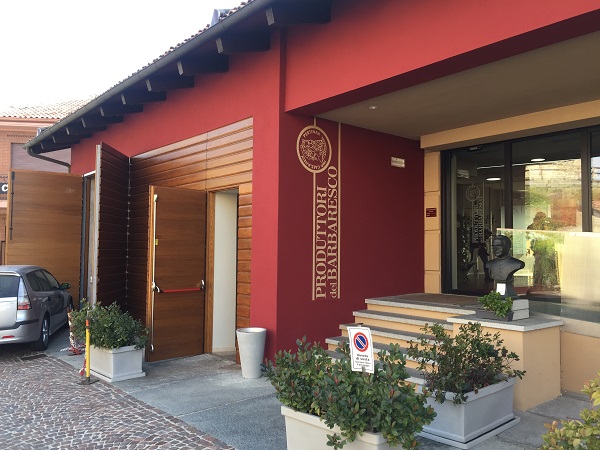 Sadly, we didn’t have time to visit the tasting room or cellars whilst in Barbaresco, but every time I have had their wines, they have been good – and good value – examples of the style. In particular, they produce a 12-bottle horizontal vintage case, including bottles of all 9 crus that they make, including Asili and Rabajà. I have the 2007 case, which will make a fascinating exploration of different terroirs of the region, with similar winemaking and the same vintage.

There are, of course, many fine producers beyond Gaja and the Produttori, whose wines I am less familiar with, but will certainly be looking up at available opportunities: Castello di Neive, Bruno Rocca and Roagna, for example.

Finally, Barbaresco is home to a one-star Michelin restaurant, La Ciau del Tornavento, that we were recommended by a sommelier friend Beatrice Bessi, as it has “a cellar that will make you cry”. It is stupendous. And it is both great food and a very fine view from the dining table. Well worth a visit and make sure you tour the cellars too, to see perspectives like these: 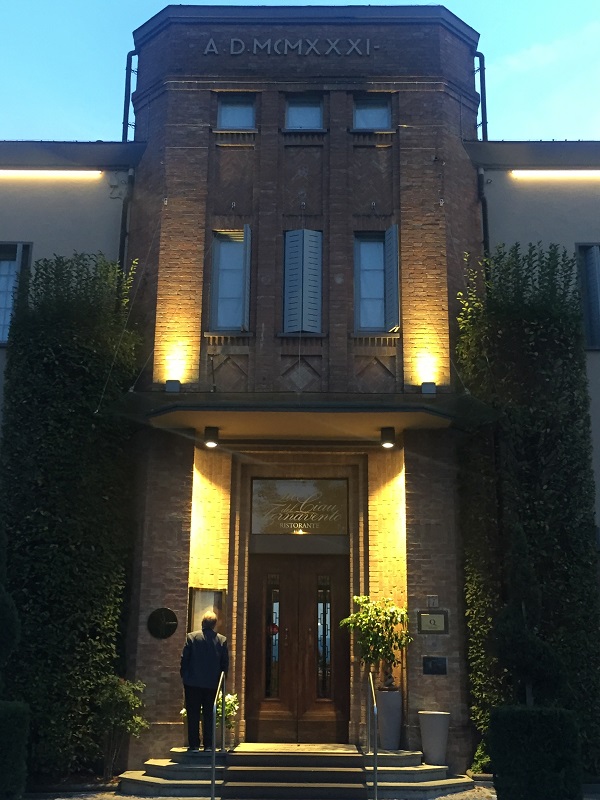 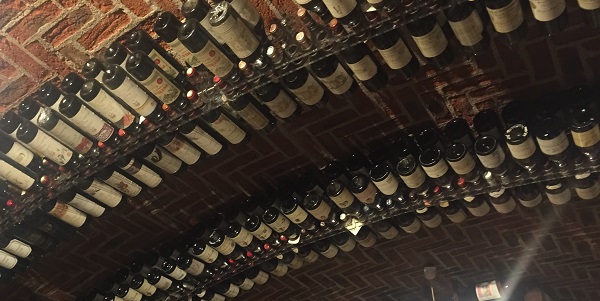 Spot the fine wine… in the cellar ceiling at Ciau 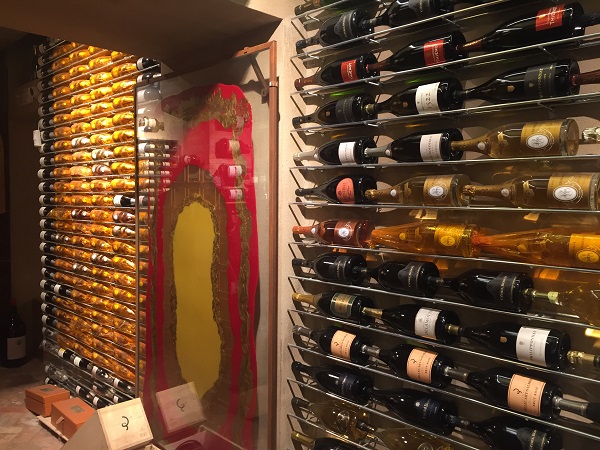 Part of the Ciau cellars – a wall of Cristal