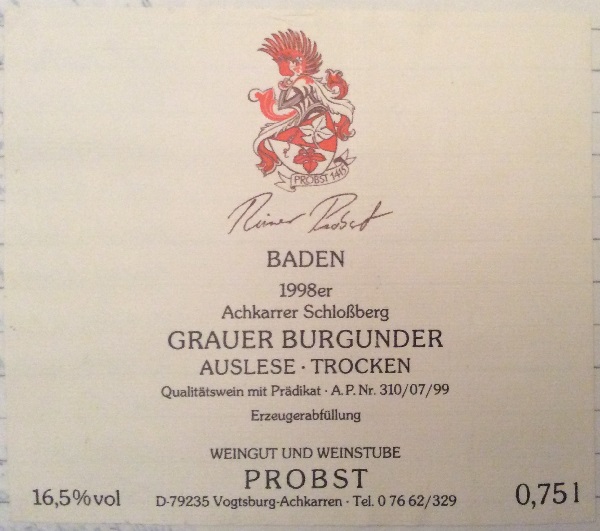 Even though this is already in Book 1, after much prevarication, I decided it should go in again (hence out of position, as we drank it with roast pheasant on Christmas Day – on Jancis Robinson’s recommendation). Probably past its best, as the alcohol was showing through the fruit much more, and the palate had taken on marmalade-jammy flavours. Still, pretty nice, but less so than the first time around. Had also changed to a more orange / copper colour from the previous golden. Went well with the pheasant, but as it got warmer, became more alcoholically dominated and unbalanced. Serve cold!