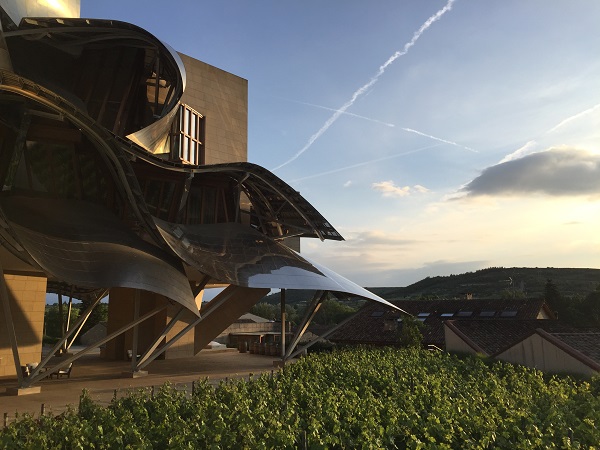 Marqués de Riscal is a long-established, prominent bodega in the Rioja Alavesa village of Elciego, 20 minutes’ drive West of Logroño. At 5m bottles of Rioja a year, they are definitively a large producer. Given its longevity, it is no surprise that it makes classically-styled Rioja wines from Crianza to Gran Reserva, like this 1995, with American oak maturation.

But like several of its peers, such as La Rioja Alta with Torre de Oña or Ramón Bilbao with Mirto, it has embraced modernity through the creation of the Baron de Chirel brand. That has, in turn, been followed by single vineyard Finca Torrea.

More remarkable still was its early foray into Rueda, establishing a winery in the 1970s under the Riscal brand. They now own 250Ha and buy in grapes from another 250Ha to make 4.5m bottles a year, and have done a huge amount to drive Global recognition of these Verdejo whites. I have always found the entry-level at £6-7 very good value. 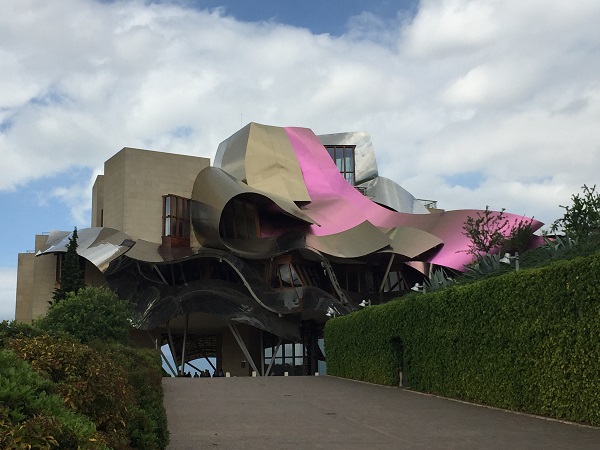 Most famously, however, in 2006 they opened a hotel at the Elciego bodega. Not just a hotel, but a super-luxury one. And not just that, but designed by world-famous architect, Frank Gehry. In many ways, this landmark – it certainly stands out in the region – is becoming more famous than Riscal’s wines. 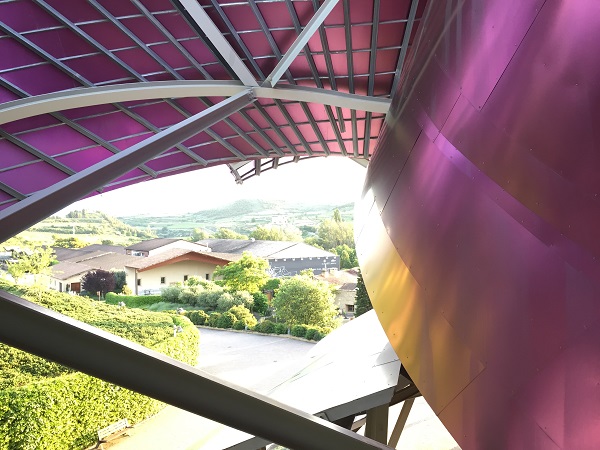 We stayed one night in the hotel, immediately before the IMW Symposium, just to experience it, including dining there in their more casual restaurant. The hotel is a very beautiful and highly distinctive building. 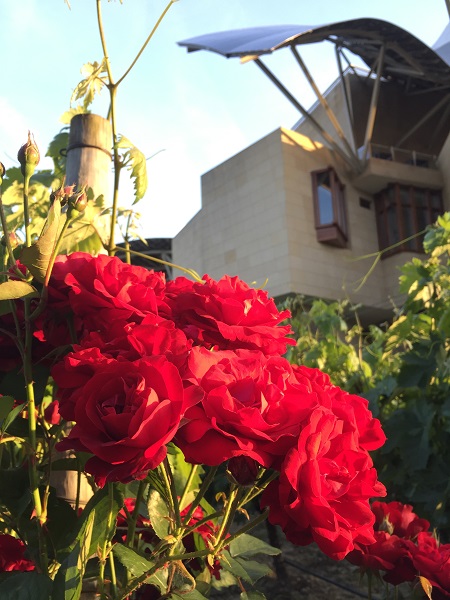 Roses planted in the small vineyard set around the hotel

I can’t say it is ‘sympathetic’ to the environment or takes any cues from its surrounds – it stands out from miles away. It is very much a Frank Gehry design, rather than Frank Gehry designing something wine- or Rioja-inspired. 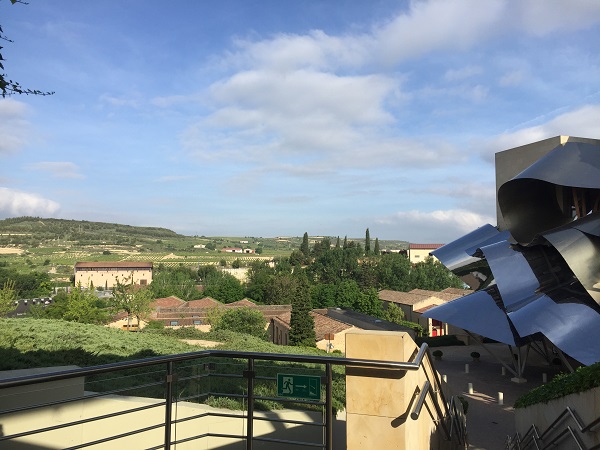 The Gehry design contrasts with rather than compliments its environment

Nevertheless, it is rightly a landmark that attracts attention and wealthy visitors, which are both good things for Riscal and for Rioja. 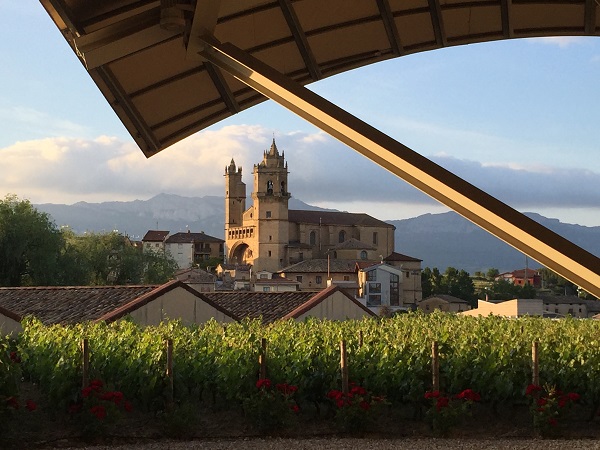 Further, a few days later, the ‘gala dinner’ for the Symposium was held at Riscal as well. They can certainly host a party and a fantastic night was had by all. 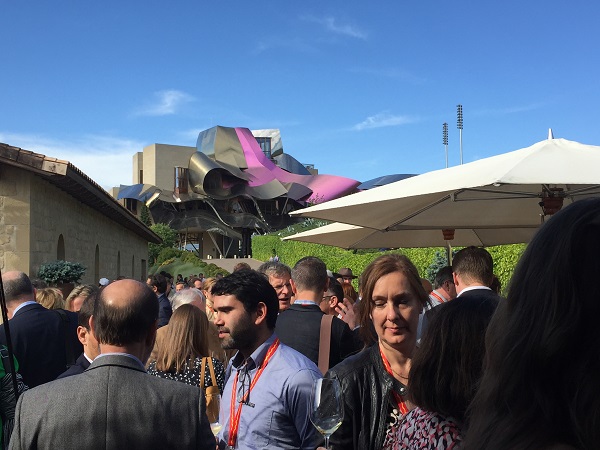 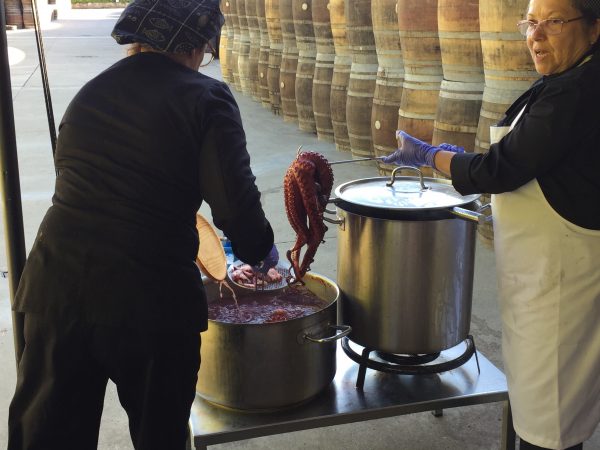 I poured our table’s wines and took this nicely-symmetrical picture, which was fortunately good enough to win that night’s photography competition, so I now have a magnum of Baron de Chirel 2002 to taste at a suitable future moment! 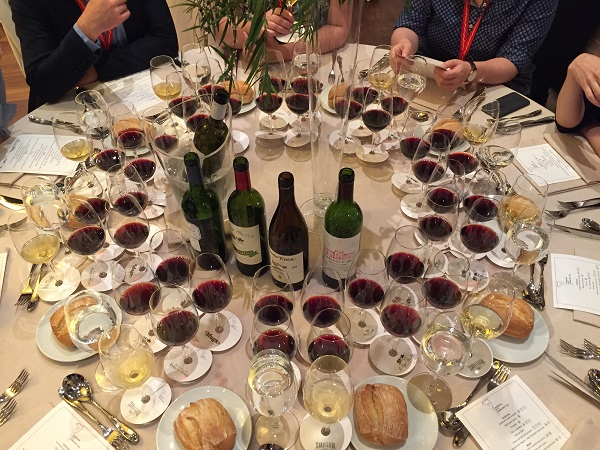 A fully laid-out decagonally-symmetrical table, ready for the gala dinner to start

The day we stayed, we arranged a comprehensive tasting of the upper end of their range, which was led by their Italian-born PR person Francesca Giuliani. As we were pressed for time, we didn’t do a winery tour but the tasting was comprehensive. 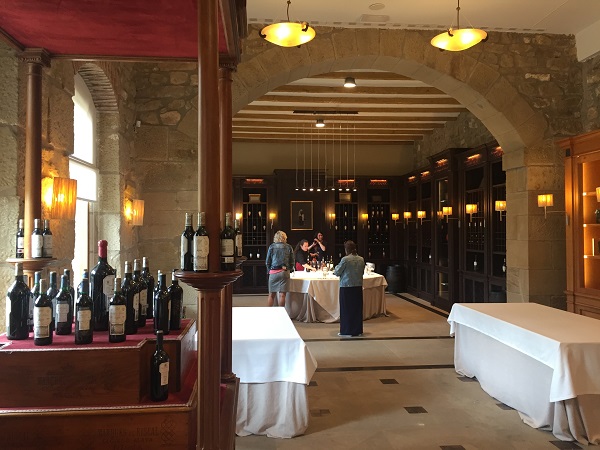 Overall, the wines were more variable than I think Riscal should be aiming for, given their heritage, strength, capacity to invest and so on. 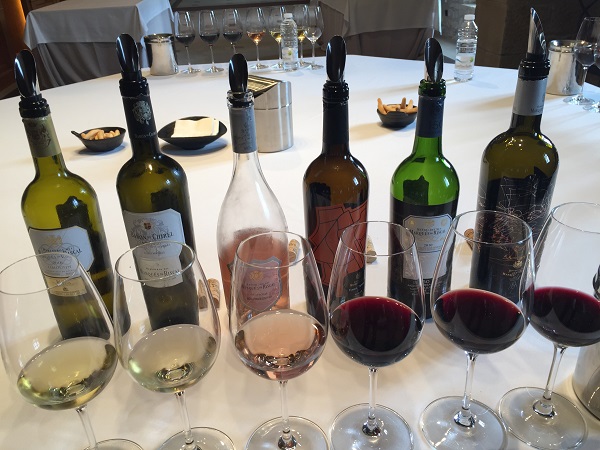 There were undoubtedly highlights in both the Rueda and Rioja wines. The Rueda Limousin, though richly oaked, and the top-flight Baron de Chirel pre-Phylloxera Verdejo, both showed the potential of the variety and the region. The special 150th Anniversary Gran Reserva 2010 was a very good Rioja without question. 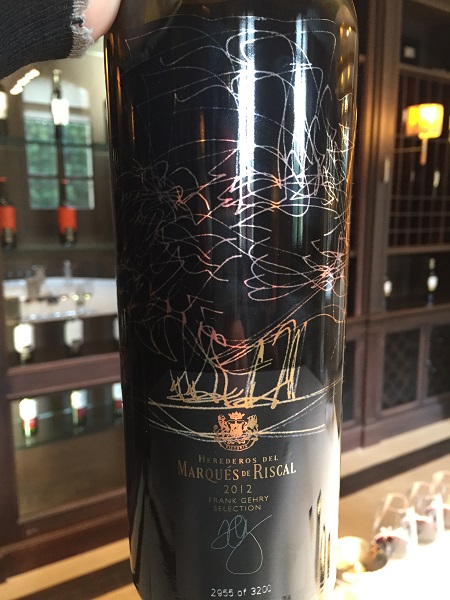 Yet their top wine, a Vino de Autor-style Frank Gehry Selection 2012, in all its big, designer-bottled finery, was brett-infected. That’s just not good enough for a wine priced at an eye-watering €254 / bottle. The 2007 Gran Reserva that we had with dinner, plus the 2014 Reserva drunk a few weeks later, were both solidly pleasant, rather than having that extra dimension that I’d want to see from a great estate.

I can see what they’re trying to do, and I hope things get turned up a notch or two in future.

Used to be matured in Limousin oak, but now Allier. 100% Verdejo from 40+ year old vines. 6 months in 2,000L new French oak. A second bottle was opened due to a suspicion of light TCA dulling fruit. The second was denser in palate-fruit and length. Cork sealed, though entry-level Rueda has a screwcap option which they recommend vs. 2-3% TCA risks, and their organic Rueda only comes in screwcap. €11 / bottle in Spain.
A: Mid-deep gold
N: Oak spice, honey and wild yeast funky tones. Boxwood. Dense tropical fruit with pungent overtones. Toasty
P: Spice, nutty-creamy. Full-bodied, tropical fruit and boxwood. Spice. Honey. Long