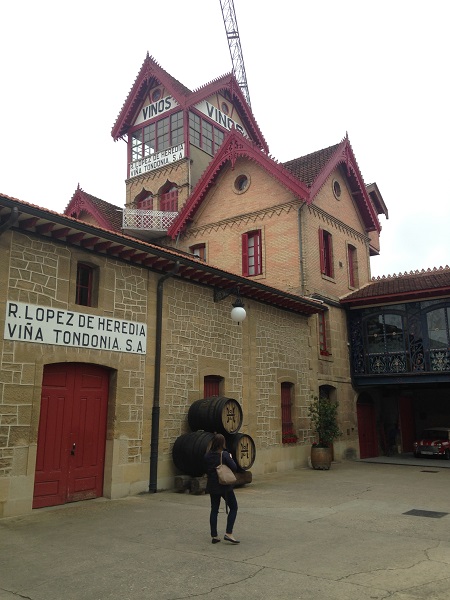 Lopez de Heredia-Viña Tondonia have remained classical in style for the decades of the 1990s, 2000s and 2010s whilst others were changing what they did. The approach to viticulture and winemaking is traditional in most senses of the word – though they both use tractors and equivalent equipment in the vineyard, as well as vineyard treatments when appropriate; this is pragmatic viticulture.

This upholding of traditional, oxidative Riojas with extensive barrel ageing and very late releases of wines delivers something utterly different to the market than any other producer – even accounting for the likes of La Rioja Alta or the extra-aged Castillo Ygay Gran Reserva Especials from Marqués de Murrieta.

These wines can be variable, bottle-by-bottle (but then again, what old wines don’t have bottle variation?), yet can be truly exceptional. That the ‘current’ release from about 2016 onwards of Viña Tondonia Gran Reserva, is the (great) 1994 vintage gives a clear sense of what a ‘properly aged’ wine is for them.

We visited as tourists in 2014, then we were back in Haro in 2018 ahead of the IMW Symposium in Logroño. In the intervening period, I had gotten to know Jose-Luis Ripa, Tondonia’s Commercial Director when he was a student on the MW programme, and through him, his wife and Managing Director (and enthusiastic force of nature), Marie-José Lopez de Heredia. 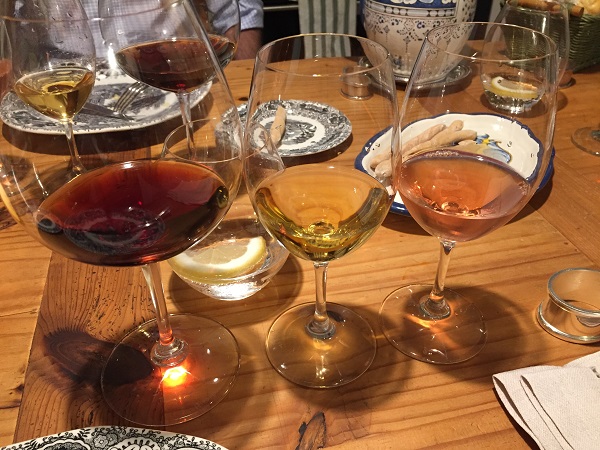 By good fortune, we were able to arrange dinner with them on our first evening, when Marie-José opened the Tondonia Blanco Reserva 1987 and Tondonia 1970. Both of these wines demonstrated clearly how well great Tondonia wines age – the 1987 especially was an absolute beauty, only just in maturity. We also me their excellent winery dog, Tinto, who is certainly a Winery Dog of the Year contender! 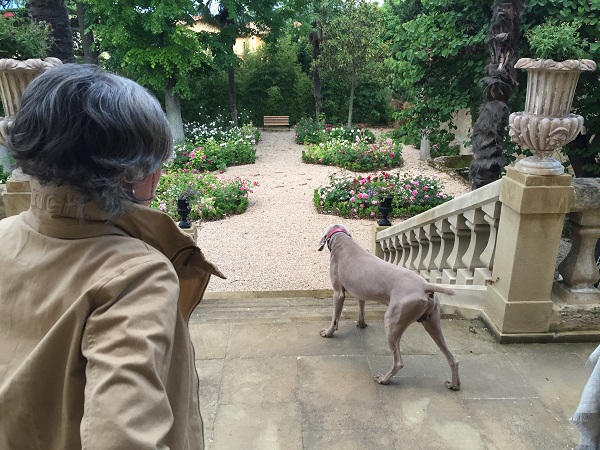 Interestingly, although the business has maintained its traditionalism, one aspect that is becoming distinctly trendy only now in Rioja is single vineyard expressions, yet Tondonia have always had that dimension. Viña Tondonia is precisely that – a single vineyard in a large meander (‘tondon’) of the Ebro. This vineyard comprises 115Ha, of which 11Ha are planted white grapes, and that makes up the lion’s share of the bodega’s total 173Ha.

Their other bottlings are similarly single vineyards: Viña Gravonia, a gravelly vineyard whose white wines are distinctive, though more rustic than the elegant and integrated Viña Tondonia Blancos, Viña Bosconia whose reds give an elegance akin to Burgundy so are bottled in Burgundian-style bottles, and Viña Cubillo. Total annual production is around 350-500,000 bottles. 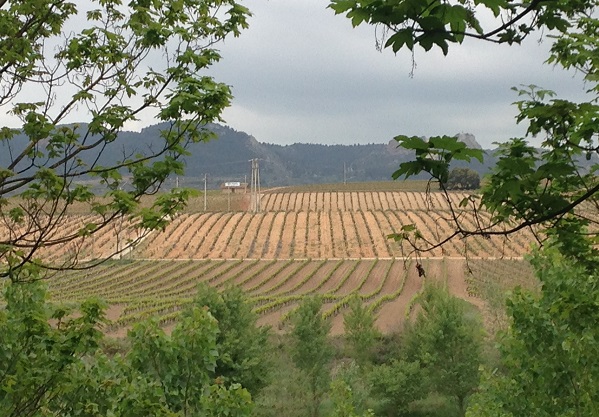 These vineyards are all comparatively close to the bodega, with Bosconia the most distant at 3km, yet still within sight of the bodega. After manual harvest, grapes are loaded into traditional truncated cone wooden hods of 80-90kg capacity and quickly trucked to the winery. The conical shape keeps an even pressure on grapes further down, minimising grape breakage during transportation to the bodega. 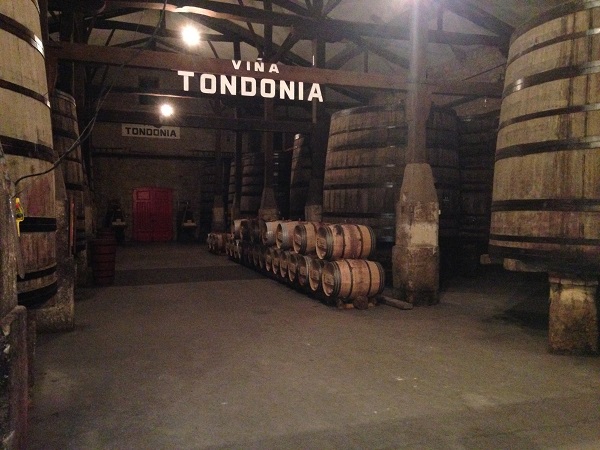 Fermentation takes place in the most traditional style imaginable

Grapes are 100% destemmed to avoid bitter stem tannins. Spontaneous fermentation takes place in 20-30,000L, 30-100 year old French oak vats. There is no temperature control beyond opening the winery doors to cool the environment, though fermentation is kept below 34°C, lasting 8-10 days. Each vat is pumped over 2 times a day. After fermentation, vats are drained and the wine coarsely filtered off its gross lees through bundles of Viura canes, in a similar fashion to El Fabulista. The pomace is pressed in a pneumatic basket press.

Malolactic fermentation begins spontaneously in large, old barrels, normally in spring, when temperatures reach 18°C – though a newer American oak barrel test was being done when we visited in 2014. 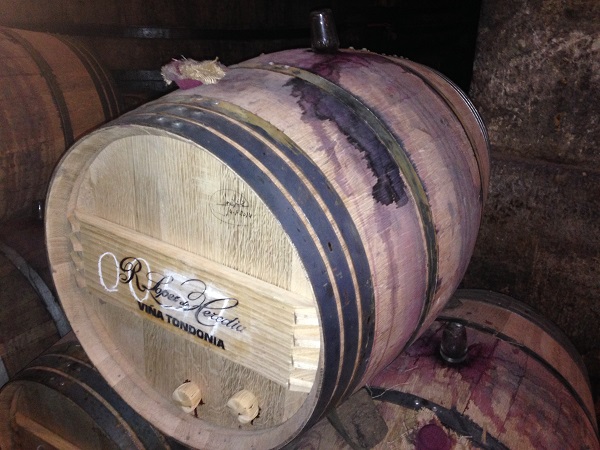 Blending in large, 60,000L wooden vats can be done before or after barrel-aging, depending on the vintage. Barrel maturation takes place in 100% American oak barriques, but with a staggering 20 years average age. Tondonia have their own cooperage to maintain and repair their old barrel stock, though unlike Muga, they don’t tend to build new barrels, given their low need for them. 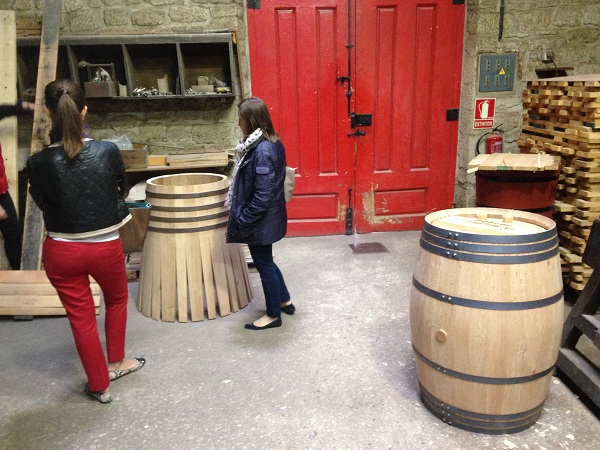 Tondonia’s in house cooperage where barrels are normally repaired

Tondonia very much follow the Crianza < Reserva < Gran Reserva quality hierarchy, albeit with far longer than the minimum ageing requirements for each tier. Typically, Gravonia and Cubillo are labelled as Crianzas, while Tondonia Tinto and Blanco are either Reservas or in exceptional years a Gran Reserva may be released. Bosconia is normally a Reserva. 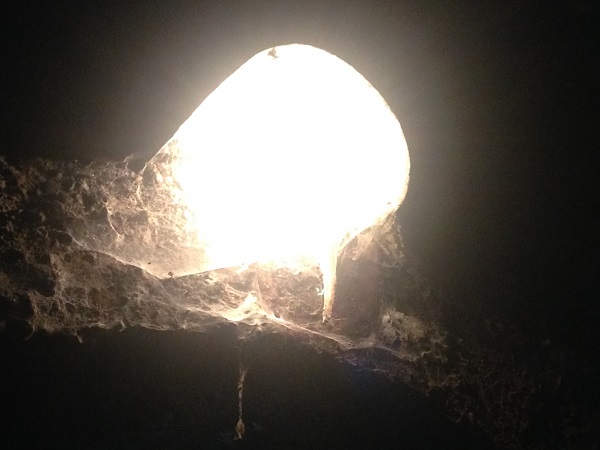 Cobwebs abound in the cool, humid barrel cellars and are encouraged, to kill insects

The Gran Reservas are normally aged 8-10 years in barrel then the equivalent in bottle, which explains why the 1994 was released around 2016. Their cellars are a constant 13°C, and are covered both in penicillin mould that maintains 80-85% humidity, and spider webs whose occupants kill moths that eat corks and barrels. After this much barrel ageing and racking, the wines are sufficiently clarified and stabilised that they can be bottled direct from the cask without filtration. 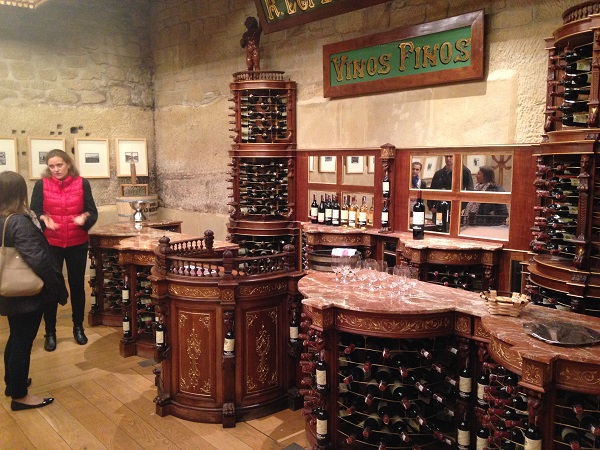 The old school tasting room in Tondonia, in 2014 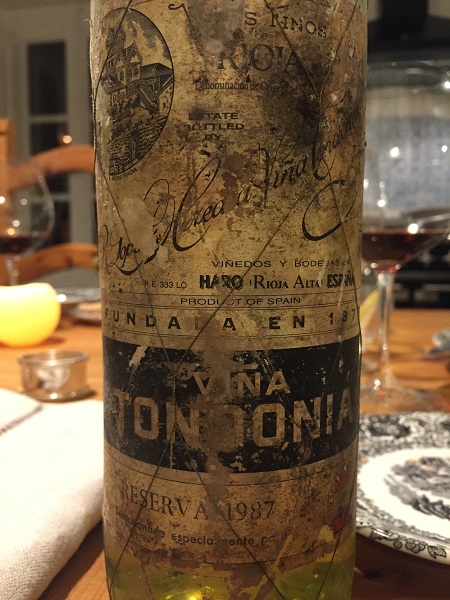