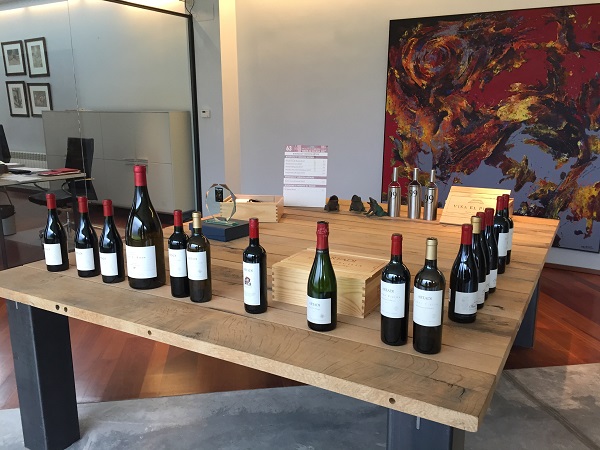 Artadi’s full range of wines across their 3 estates

After meeting César Román, Artadi’s commercial guy, at ProWein, I arranged to visit them with Ruth and fellow MW, Madeleine Stenwreth. We went into the vineyards first, especially their iconic Viña El Pisón, before barrel tasting the 2017s with their super-humble, French winemaker, Jean-François Gadeau who has been long enough in Spain to speak Spanish like a native (to my ear at least!). We finished with a fascinating look at how their old-vine Navarra Garnacha ages, with a bottle of 2005.

Artadi were founded in the mid-1980s and now own 80Ha of vineyards in the area around Laguardia. The estate began with what is now their entry-level, carbonic maceration red. After that Viñas de Gain was created as a Laguardia ‘village’ wine, being a blend of 7 vineyards within 8km of each other. Their now-iconic, single vineyard expressions followed.

In the mid-1990s a 100% Garnacha wine from Navarra (Artazu) was added and then a pure, ‘seaside’ Mourvèdre wine from Alicante (El Sequé). There is also a 100% Viura sparkling wine. 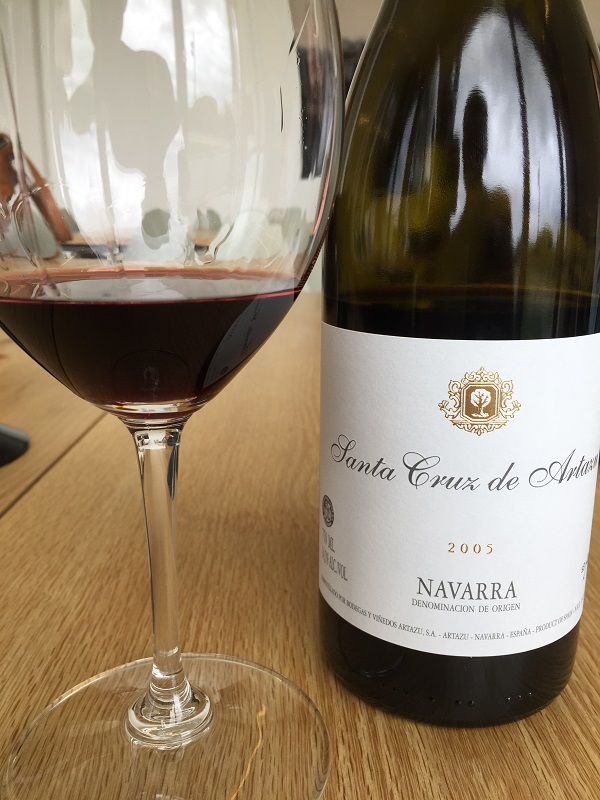 Today, the wines are exported to the US, UK, Switzerland and Austria, with the Far East developing through Hong Kong, Singapore and Shanghai. Although the UK is less strong in the on-trade than desired, a recent debut in a Christie’s auction is part of a strategy to build a premium image for the UK on trade.

In Rioja, they have 4 key parcels that deliver their single vineyard wines: El Carretil, La Poza de Ballesteros, Valdegines and El Pisón, planted in 1945. They recently launched a wine club based around these old plots – the Pagos Viejos Collectors range only available to those who have visited the estate and are interested in a 6-pack each year. 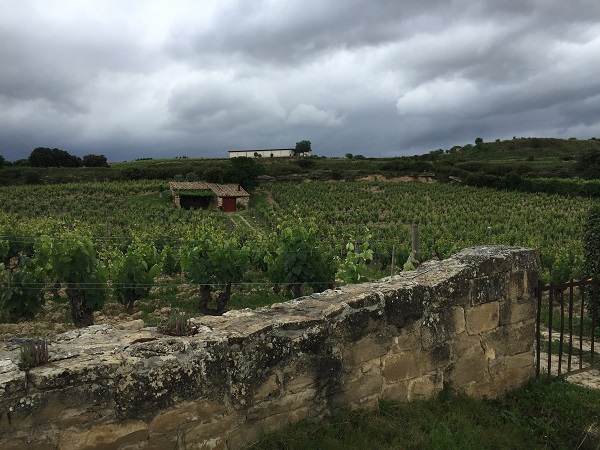 El Pisón is a 2.4Ha vineyard in almost a Burgundian Clos configuration, walled on 2 sides, but with natural ‘walls’ on the other 2 sides. Artadi consider it like a Grand Cru monopole. It is limestone-clay with more clay in the lower parts and is planted primarily with Tempranillo, alongside <8% inter-planted Viura. 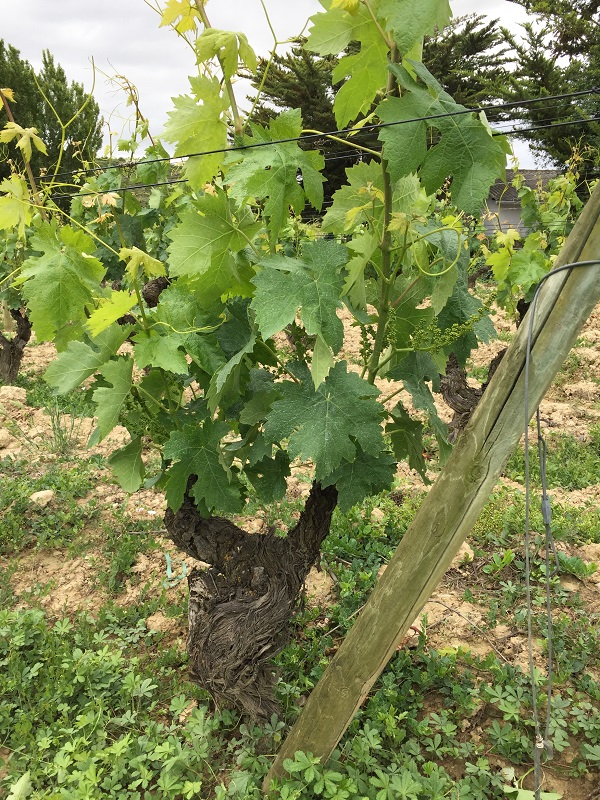 It has been organic for the last 12-14 years and horses have just been added for cultivation work. As part of cultivating wildlife there, they just installed a bat nest – analysis of the droppings helps diagnose vineyard wildlife health. 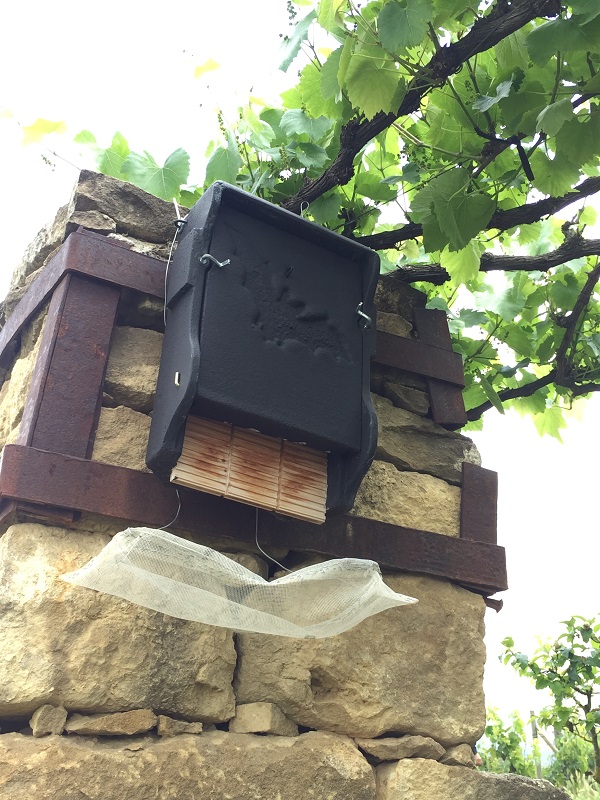 This bat house has been installed at the hut in El Pison, with a dropping trap beneath

The principle viticultural challenge is mildew in humid years, however in both 2016 and 2017, severe late frosts have been a bigger challenge – 20th April in 2017 and again in April 2017. Within the vineyard, different slopes and changing contours give variable fertility across the vineyard, and low base fertility means some organics need to be added through cover crops and manure. Planting densities also very somewhat in different parts of the vineyard, though it wasn’t clear if that was related. 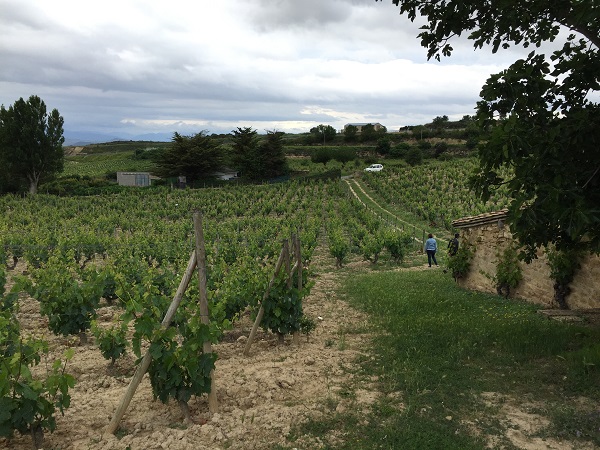 Their general approach to winemaking is to make single-varietal wines and barrique age them, though only for 7-8 months, including MLF. The single vineyard reds are therefore pure Tempranillo, expressing their site variations.

We tasted 2017s from barrel. The impact of April’s late frost was that much of the bunches were from secondary buds and had particularly fragile skins. They therefore softened the extraction and handling regime, for example by running only short pumpovers to keep the cap wet. 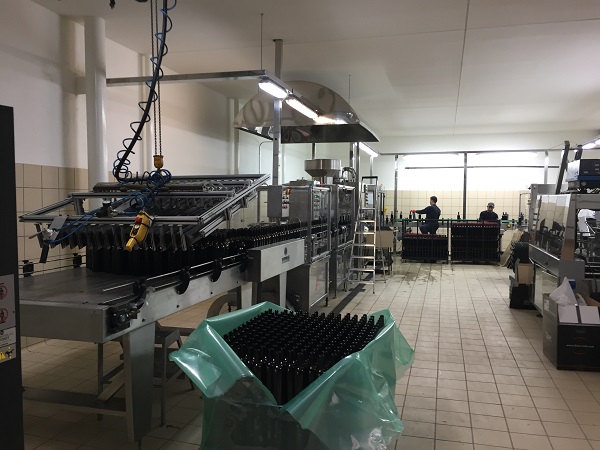 When we were there, they were bottling – all done on site – and it turns out that they bottle to order. Or to be strictly accurate, bottle to batch-order – waiting until enough orders have accumulated to be able to bottle a single vat of c. 25HL. This has interesting implications for the ‘age’ of a given bottle, or at least to add another variable into bottle variation of the same vintages for some wines. 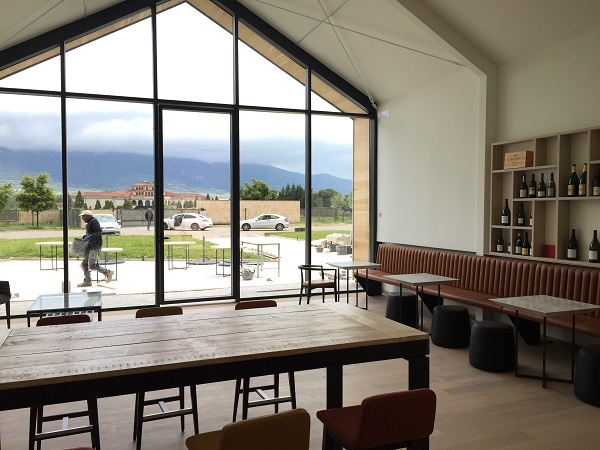 At the bodega, a new bar-tasting room is being built to give a better experience for visitors, without the requirement for an appointment, showcasing not only Artadi’s wines, but also those imported wines that Artadi have distribution rights for, including Louis Jadot, de Montille, Josmeyer, J. L. Chave, the Perrin family and Pio Cesare.

The below tasting notes are from the barrel and bottle tastings at the bodega in June, supplemented by those taken at ProWein in March 2018.